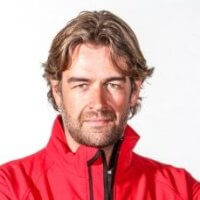 Andrew Comrie-Picard joins me to talk about how to sense the traction limits of any type of car you’re driving, whether on pavement or dirt – just how to drive fast on any surface, and how learning to drive a variety of cars will make you a better driver. Versatility is a good thing! We talk about “dynamic traction,” sliding friction, sliding, slip angles, traction circle, weight transfer, and “steering with your feet.” Okay, we talk about rally, rallycross, drifting, road circuit driving, and even radio controlled cars. This is one of my favorite podcasts yet! And it just so happens to be the first anniversary for the show.

ACP (as Andrew is sometimes known) has driven just about everything, from rally to rallycross, from off-road to road courses, from radio controlled cars to drifting and hill climbs. He’s a Canadian-born race car driver, stunt driver, stunt coordinator, automotive journalist, spokesman, and TV personality. Interestingly, he has five university degrees, including a B.A. from The University of Trinity College (University of Toronto), an M.A. from Trinity College, Oxford, and MBA and LL.B. (law) degrees from McGill University, and was a competitive rower at both Oxford and McGill. Amongst other things, he’s won Rally America championships, the Targa Newfoundland Rally, and medals at the X Games.

Learn more about Andrew at: