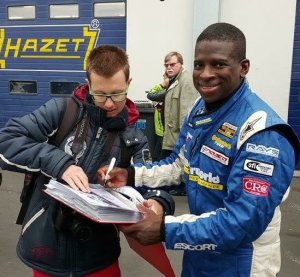 Dale Sievwright joins me to talk about electric cars, being an engineer at Tesla, racing gas-powered cars, autonomous vehicles, and the future of driving.

When Dale isn’t working to make Teslas quiet as an NVH engineering techician, he’s either spending time with his wife and son, or racing. Dale drove a BMW Touring Car for Rotek Racing in the VLN series at the Nurburgring and will be returning this year. Dale is also a 3-time class winner at the 25 Hours of Thunderhill, driving for El Diablo Motorsports/Bimmerworld, and has had multiple podiums in the United States Touring Car Championship.