066 – Colin Braun: Learning Tracks & The Secrets to His Speed 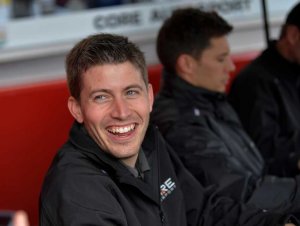 Colin Braun joins me again (he was on episode #7 over a year ago) to talk about his approach to learning a track he’s never been to before, what it takes to get to throttle sooner, how to use the brakes, being smooth with the steering, and what “rotating” a car really means. Basically, he shares with you what he does to be so bloody fast! We recorded this episode while driving from the Lisbon airport to Portimao in Portugal, so we also share a couple of funny travel stories (since Colin’s luggage had gotten lost on his flight and would be in the same clothes for the next 4 days…)!

Colin has won races and championships in sports cars, NASCAR and open-wheel cars. He’s the youngest driver to have ever stood on the podium at Le Mans, won the IMSA Prototype Challenge championship five times, and won NASCAR Trucks series races.

I mentioned being able to download my past webinars – go to SpeedSecrets.com/Webinars to do so.