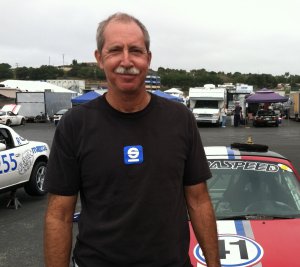 Preston Lerner joins me to talk about what he’s noticed the best drivers – such as Colin Braun – do that make them so great. As a journalist, that’s what he does – observes things that most people miss. We also talk about his own racing in a Spec Miata (and what you can learn from his strengths and weaknesses), the Ford GTs at Le Mans, and the dreaded Driver Ratings system that is used sports car racing.

Preston writes for Road & Track magazine, amongst others, and has written a number of books, including Ford GT, Winning: Paul Newman, Speed Read Ferrari, Scarab, and History’s Greatest Automotive Mysteries, Myths, and Rumors Revealed. When he’s not writing, Preston is driving – often racing a Spec Miata in California.