173 – Bryce Kliewer: the intersection of racing and business 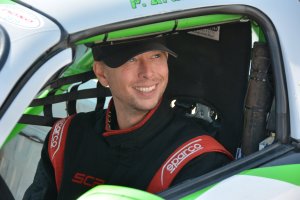 On this week’s episode of Speed Secrets Podcast, Bryce Kliewer joins me as we go in depth about the lessons learned from racing that apply to business – and vice versa. We also touch on how autocross teaches car control, and compare autocross to time trials to road racing!

Bryce’s speed secret: No one wins a championship alone.

Bryce’s ran the Analytics and Business Intelligence at Coldwater Creek, helping to double the size of the business upto a $1b retailer, through catalog, web sales and the opening of over 350 retail locations. He was the VP of Client Analytics and Operations at Datalogix (a small ad-tech company looking to improve how data is used to make advertising more effective) before it was acquired by Oracle. He now is the VP Enterprise Project Management Office at Oracle as part of the Oracle Data Cloud.

Bryce started out getting his feet wet with local autocross driving a Subaru WRX bugeye wagon, winning multiple local class championships in STX and several top 5 season PAX driver awards. He switched to something rear-wheel drive and acquired a pretty haggard 2003 BMW 330 which he used to win multiple Rocky Mountain SCCA STX class championships and BMW CCA class championships, as well as winning the SCCA Mountain Match Tour Club Shootout. Bryce eventually found his way to the racetrack and over time gutted and caged the BMW 330 for time trials through NASA (built and sponsored by SCR Performance out of Loveland, CO).  He used this car to set track records in multiple classes (TTD, TTC, TT5) over the past several seasons at various tracks (Circuit of the Americas, Thunderhill Raceway, High Plains Raceway, Hallet Motorsport, Utah Motorsport Complex, Pueblo Motorsports Park, Motorsports Park Hastings, Pikes Peak International Raceway, La Junta Raceway (some more prestigious than others…)). This culminated in winning the NASA TTC West Coast championships in 2017 (uncontested) and the 2018 NASA National Championships in TT5 at COTA.