Be Nervous – The Key To Controlling Your Emotions Before A Race

Do you feel nervous before a race or on-track session, perhaps even to point of feeling sick to your stomach? Good. 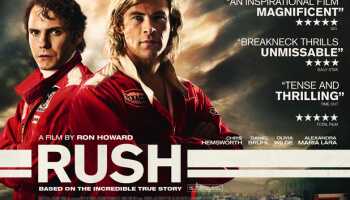 The movie, Rush, featuring the legendary 1976 season-long battle between Niki Lauda and James Hunt showed Hunt tossing his cookies prior to races. That wasn’t a Hollywood addition: Hunt often got sick to his stomach from nervousness.

My advice for those of you who feel so anxious that you can’t sleep the night before and feel sick before track sessions is to embrace it. Don’t try to calm down.

Your nervousness is sign that you care – that it matters. If you’re not nervous, then maybe it’s time to find another sport!

Alison Wood Brooks of Harvard Business School conducted a study, titled Get Excited: Reappraising Pre-Performance Anxiety as  Excitement, that appeared in the Journal of Experimental Psychology. The take-away from the 15-page research study? It’s better to be excited about how you feel before a big performance than it is to calm yourself down.

If you admit that you’re excited (and accept that you’re nervous because of that) it’s the best way to combat nerves. Fighting it, and trying to calm yourself down, according to this research (and my own experience), will only make matters worse.

Perhaps the WWII saying, “Keep Calm and Carry On” should have been “Get Excited and Carry On.” At least if you’re about to strap into a car and head out onto the race track.