Speed Secret: Integrate your brain to get into the zone. 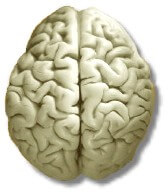 Outside the performance and race driving world (yes, it exists!), a lot has been written about the type of information each side (or hemisphere) of our brain processes. It’s generally known that your left hemisphere is where you process factual, logical and detailed information; it’s where your language is processed. Meanwhile, your right hemisphere is your creative, intuitive and big picture processor.

What’s not often talked about is the time orientation each hemisphere has. Your left hemisphere is mostly concerned with the past and the future, while your right seems to be focused on the present – the here and now.

To be successful at anything, one must be able to learn from the past, look and think ahead to the future, all while performing in the moment. Many people get bogged down in the past and future, as they operate almost entirely with their left hemisphere. Others – although far fewer from my observation – allow their right brains to drive their life. When I say “allow,” I really mean that. One cannot tell the right hemisphere to do anything. In fact, the best way to allow your right hemisphere to perform is to get out of its way. To do that, you need to “turn the volume down” on your left hemisphere.

In a battle of hemispheres, it seems the left wins most often. It dominates most peoples’ thinking. True, we live in a world that rewards left-brain thinking. To get ahead in most disciplines, you need to be logical, factual, use language (verbal, mathematical) and pay attention to the details. Look at our education system: few courses are provided that teach people how to be more intuitive and to think big picture. Even creativity is rarely taught, and when it is, it’s a side-effect of a course in the arts. Typically, creative and intuitive thinkers are seen as having a gift, but one that has not been trained.

So, the left brain tends to over-power the right brain. But I believe that we all have that intuitive and creative ability – we were all born with it. The difference with those few people who seem to have the intuitive/creative gift is they have learned how to not restrict that type of thinking. They have learned how not to inhibit their intuition and creativity – by slowing down their left brain thinking and being in the moment.

I’m not saying that left brain thinking isn’t good. It is, when appropriate. And I’m not saying that your left hemisphere cannot help in intuitive and creative processes. In fact, the best intuitive/creative thinkers can use their left hemisphere to make more sense out of it. Intuition and creativity alone – without logical thinking – would be incomplete.

As with any peak performance, whether it’s a physical activity or a mental task, the best comes out when you use both sides of your brain. Accessing the right hemisphere, though, often requires you to stop your left brain from getting in the way.

Some people are too smart to perform well. Huh? Peak performers in any activity know when to “be smart,” relying on their left brain to think logically and factually while paying attention to the details; they also know when to “dumb down” their left brains and let their right brain operate. To perform at one’s peak, there comes a time when one must almost turn off the thinking brain and just trust the “doing brain” (right hemisphere) to perform in the moment.

Peak performers strive to get “into the zone.” One definition of being in the zone is that magic moment when your left and right hemispheres work together in perfect harmony, in perfect balance. The left brain is not leading or dominating the right, or vice versa. It’s when you’re aware of the past, looking and thinking about the future, while performing in the moment.

The best drivers have the ability to be logical when they need to be. Then they can shut off their conscious thinking and just drive.

Of course, telling you this, and you doing it are two entirely different things, right? But by giving you a target – a balance between driving with your left brain and your right brain – my hope is that you’ll get into the zone more often. And most often, that means letting your right brain in on the action.

Power to the Right Brain!