Mythbuster: The Corner Leading Onto A Straight Is NOT The Most Important

Speed Secret: The most important corner is the fastest one leading onto a straightaway. 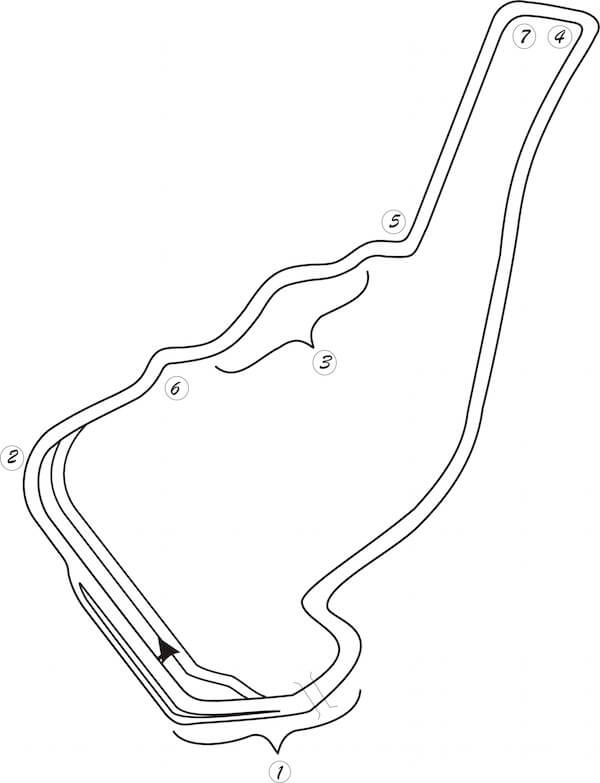 Let me to dispel a myth about which is the most important corner on a race track.

It drives me nuts when I hear someone say the most important corner on a track is the one leading onto the longest straightaway. I guess I shouldn’t be bothered by it, as anyone blindly following this advice will be way behind me or the drivers I’m coaching. Why? Because it’s not accurate – at least not always.

Okay, sometimes it’s a good place to start. But if you want to be really fast focus on the fast corners first. You know, the ones that separate the men from the boys and women from the girls. The scary fast corners.

Often, the corner leading onto the longest straight is a relatively slow one – and that’s the one that everyone tells you to focus on.

But think about this. Which corners do you (and other drivers) usually have the most difficulty with? The slow corners or the super-fast ones? I bet an honest answer is the fast corners. Why? Because they’re fast! They’re scary! And if you answered “the slow corners” I suspect you’re missing something – like big speed in the fast turns. So much so that you don’t even realize it.

See, the difference between the speed of the quick and the super- quick drivers in slow corners is usually not much – a few MPH at most. But in the really fast corners it can be 10 MPH or more. How do I know? Because I’ve seen the data of many hundreds of drivers in this situation over the past couple of decades.

So, the next time someone tells you to focus on that slow corner leading onto a long straight, nod your head in agreement. Then head out on the track and focus on maximizing your speed through the fastest corner on the track, whether it leads onto the longest straight or not (by the very nature of fast turns, it will almost certainly lead onto some type of straightaway). When you have an advantage of a couple of MPH over every other driver, then you can spend a little more focus on that slow corner.

I was recently at Thruxton, in England, coaching a driver. By reviewing his in-car video, I measured the amount of time he spent in the very fast Goodwood corner: approximately 10 seconds from when he initially turned in until the time the steering wheel was pointed straight again. He spent less than 4 seconds in the slowest corner on the track.

Note: On the map of Road Atlanta here I’ve prioritized the corners in what I believe (and data has backed up) are the order from most important to least important (but there are no corners on a track that are unimportant).