Speed Secret: Size does not matter.

Not long ago I was asked a very interesting question: “Can you tell from looking at someone if they have the physical build to be a great race driver?”

His point was that you can look at someone and know whether they could be a good football linebacker, basketball center, or jockey. But what does a race driver look like?

The whole topic of whether a race driver is an athlete is so overdone now. On one hand, if someone doesn’t understand how athletically-challenging race driving is, they’re just out of touch. And on the other hand, who cares? You and I know that race drivers are some of the best athletes in the world. 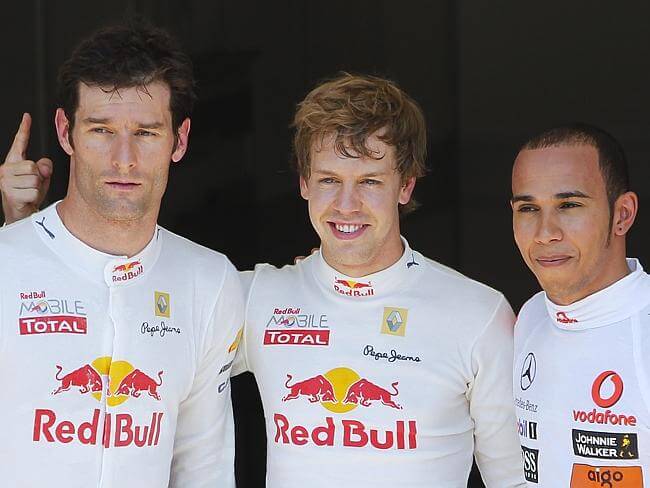 But what is the right physical build for a race driver? Well, being the size of a linebacker or center is a disadvantage – a big one (no pun intended)! To answer that question, you really need to start with what type of racing the driver is involved in, as some types of race cars benefit a smaller/lighter driver more than others (they all do, but some more than others). For example, from a percentage of driver-to-car weight, a Formula One car is impacted by the driver’s weight more than a NASCAR Cup car is. And height in an open-wheel car is an even bigger issue (Mark Webber, at 6′ 0″ was on the upper end of the ability to fit in a Formula One car).

Fitness professionals like Simon Hayes (http://www.performancephysixx.com) are well-equipped with the details of what physical build works in racing, but I can tell you from experience that I know a race driver when I see one. More importantly, I know by looking at someone if they’re not fit enough to be a good race driver.

How? First, muscle tone. Drivers like Tony Stewart are often used as examples of someone who is not in shape. But the thing about Stewart is that he’s been driving so many different types of cars for so many years, and so often, that his muscles are extremely well-toned to do what it takes to drive a race car. Yes, he would probably benefit from more cardio training and losing some weight, but you can just look at him and know that he’s fit to drive a stock car, or sprint car. Would he fit in an F1 car and be able to withstand the forces? Not likely (but I bet if Stewart decided that he was going to race F1, he’d make it work – but that’s a mental thing, and not something we’re talking about here).

The best sports car drivers these days are very good examples of “the average race driver” – there are some NASCAR guys who are bigger, there are F1 drivers who are smaller, so they’re a good average. My experience tells me that, with a few exceptions, they’re of average height or less (compared to the general population), their bodies are lean, and they have incredible muscle tone – they’re strong, but not overly strong (endurance is more important than outright strength). They’re very fit cardio-wise, and their upper bodies (core, arms, shoulders and neck) have great endurance.

Is there one body shape/build that determines whether someone is going to be a good race driver? No. Just like a 7-footer has a better chance  of making it in the NBA than a 6-footer, a very fit 5′ 10″ person will have a better chance than an overweight person who is 6′ 6″. But just like 5′ 3″ Muggsy Bogues proved in the NBA, it has more to do with drive, determination, and grit than the size and build of one’s body.