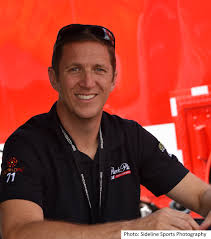 Spencer Pumpelly and I talk about what karting doesn’t teach, how to brake with ABS and release them to rotate the car, why an early apex is better than a late one, when a pass really begins, corner entry speed, and the importance of eliminating the fluff (that part throttle stuff that does more harm than good). Oh, and we also touch on the similarities between flying helicopter and performance driving (just in case you’ve always wanted to know!).

Spencer currently races for Magnus Racing and TRG, and has won in almost every level of racing he’s competed in. In this podcast, he talks about Le Mans and racing in ARCA. He’s also a great coach, as illustrated by his comment that, “The line is not the cause, it’s the result.” Great stuff!